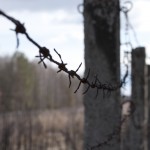 Outwardly, I looked better than I had in a long time.  I had lost weight, though chemo isn’t the diet plan of choice. My hair was back and looking healthier than ever; although I was now back to shaving my legs (I did enjoy having baby smooth legs without the razor). My skin was glowing (probably from chemo and radiation).  Yet, after my second surgery, I was starting to put back pounds at an alarming rate.

I had thought I would have had this problem during chemo when I was receiving steroids to help combat reactions to the poisonous medications.  But, here it was a full 6 months after my last chemo and I couldn’t stop eating.  Part of it was because I was sitting around the house recovering from surgery, but my taste had also returned.  Food finally tasted like it was supposed to taste and I just couldn’t stop sampling it.

In addition to the weight gain, I was having some coordination issues. Most of the time there wasn’t a problem.  But then there were days where I just could not get my brain and my hands to connect.  I would drop things several times, try to write and not be able to hold the pencil, try to type and could not get it together.  It was similar to putting a square peg in a round hole.  My brain told me to put it in the correct hole, but my hands would rebel and go for the opposite.

There was also another unexpected challenge.  My balance was off.  I would fall very easily.  In fact, I had a very bad fall in the park and put a large hole in my knee and a smaller scrape on my foot. Both have permanent scars.  One fall was in the shower where I barely missed breaking my ribs on the bottom ledge of the door by a fraction.  That fall left permanent scars on my side and backside.  And speaking of scars…

How can one event in your life produce so many scars?  Yes, they have all healed very nicely; and maybe would be unnoticeable to most people. But, when I look in the mirror, I see them.

Yes, I am fortunate that chemo shrank the tumor and allowed me to undergo a lumpectomy rather than a mastectomy.  For various reasons, there was a point in time where I was leaning towards having a double mastectomy with reconstruction.  I went through all the emotions to evaluate what life would be like to lose both breasts.  I have much respect for women who make this decision.  It is not an easy conclusion to arrive at and I can promise no one makes it lightly.  But, thankfully, I was in a situation where I was able to receive chemo first in an attempt to shrink the tumor in an effort to save my breast.  And, with much prayer, it was successful. But the scars and changes to my body are still significant.

I think there is a misperception that women who undergo a lumpectomy are somehow immune to the some of the emotional, physical and sexual issues that mastectomy patients face. We are somehow deemed “lucky”, as if we have received a ‘free pass’.  There seems to be a sense that those who have undergone a lumpectomy aren’t true warriors because their battle wasn’t  ‘as severe’ as someone who has endured a mastectomy.  And, by no means, do I take away from the fact that these women have lost a part of themselves and have endured an intense emotional struggle that I can not begin to understand. But, I see my scars as if they are still fresh and new.

My body image wasn’t great before breast cancer but the surgeries and changes brought about by chemotherapy and radiation haven’t helped.  And while many of the symptoms and side effects of treatments eventually subside, my body will always bear the marks of surgeries, calibration tattoos and radiation.  And, although my loving husband says he can’t tell a difference, every time I look in the mirror I am painfully aware of how asymmetrical my breasts really are.  I struggle with wearing a bra because it no longer fits correctly.  I will always see the tattoos when I shower and be reminded of being marked up and branded, just another number on the crowded radiation schedule.  I feel the difference in my breast and chest tissue from radiation.  All of it affects your image yourself making it difficult to feel comfortable being intimate again.

The scars are always reminding me.  Reminding me of a battle I was forced to fight.  A battle waged on my body, my mind and my spirit without my permission.
(Continue reading Part Five: Sexual)