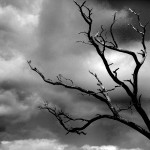 Even though I was struggling emotionally during survivorship, I was also having trouble mentally.  Particularly the ability to multitask; something I had always took pride in because I was so incredibly skilled at juggling many responsibilities at one time.  It’s one of the things that made me so great at my job.  I actually functioned better having many ‘irons in the fire’, but now I struggled to complete one task fully.  I could no longer shift quickly between one thought and another.  I didn’t have the ability to process multiple ideas in the background of my mind while completing another one with my hands.  I couldn’t talk on the phone with a customer and fill out forms or type at the same time.  I struggled just to remember what the person had just said.

My memory was also affected.  A few years ago, I had been through some periods of diminished memory with stress from a previous job loss.  But, this was different.  It’s very hard to explain.  This was the kind where I would remember what the person is talking about, but I couldn’t remember what they told me or when.  Or, I would try to say a word for an object, for instance ‘microwave’, but I could not make the word go from my brain to my mouth.  Or, even worse, I could envision a microwave in my head, but I had no idea what the name of the object was, so I would just describe it to my family.  Sounds simply enough; until you can’t remember the words you want to use to describe it or they also got lost in the transition from my brain to my mouth. Then I just sounded like a bumbling idiot.  “Can you put that thing in the thing over there that does the stuff to the stuff you put in your mouth?”.  Yeah, that’s when I would either get the look that said, “What in the world are you mumbling about?” or there would just be enormous laughter.  Once you have to start giving definitions to words so that your family can guess what you’re talking about, you have a full-blown game of charades going at the dinner table.

The hardest part for me was when I would tell someone I would do something and then completely forget.  I have always relied on lists to help me organize my daily and weekly schedule.  And, now, when that skill would have benefited me the most, I couldn’t remember where I put the list, I had forgotten to write it down, I couldn’t remember the words to write, or I would read it and didn’t even remember what it was reminding me about.  There was also the incredible frustration of reading words that were clearly written in English, but I couldn’t figure out the meaning of the words or the sentence they made up.  I would read, re-read and re-read again.  And I just could not comprehend what I was reading.

Writing was the same way.  There were times I wanted to write for the blog.  But, by the time I got to the keyboard I couldn’t remember what I was going to write about.  Or I would begin typing but the words didn’t make sense.  It was long strings of jumbled words in my mind.  And, forget about proofreading.  How do you proofread a language you know you should understand, but can’t figure out the meaning of the words?

The worse was when I desperately wanted to write, but I physically couldn’t make my hand hold a pen or type on a keyboard.  It was like I was suddenly an infant and I didn’t know how to make my body function in the way it was designed.  I knew in my mind how to do things, but I couldn’t get my body to cooperate with my intentions.  Alas, my coordination had been affected!