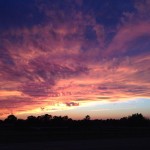 Recently, I have been reading over my blog posts from the last two years.  Yes, TWO years!  I cannot believe it will soon be two years since my diagnosis.  There were times I didn’t know if I would make it and I certainly never thought I would be working in the chemo infusion department as a volunteer.  God is so good!

As I reviewed all the posts, I realized, although I did a so-so job at capturing the events and emotions the first year, I did a horrible job the second year.  I was aware I was not blogging like I wanted.  Something happened after the initial shock and treatments.  There was a different expectation of how I would behave.

Originally, the expectations came from those around me.  Co-workers thought I should be able to return to work full time the day immediately following the end of radiation treatment.  Friends and family couldn’t see the scars or the baldhead and thought I was “cured” and everything was normal again. Others assumed because I was “fine” the entire first year that I was “fine” now and didn’t have any issues.

But I was my worst critic.  I was a mix of all of these things.  I thought because I had powered through with emotions of steel, the treatments were over, the scars were healed and the hair was growing back that I should be back to normal with no issues or problems.

And, while some things were better and ‘normal’ there were other things that had just began to pop up.

I no longer felt the ability to be open and honest about my emotions and feelings.  It seemed like I had been given permission to be vulnerable during the heat of the battle, but once it was over there no longer seemed to be freedom to be honest.  I again felt there were things that couldn’t be shared because of others’ (real or perceived) expectations.